This first work in the "Soul Cages" series was born out of the process of feverishly collecting, cleaning and bleaching the wishbones. Some would break. Sifting the growing pile of broken bones through my fingers one day, they began to look remarkably like tiny humans. When pieced together with a tiny drop of beeswax, their natural curves allowed tragical figures to emerge. As I more and more began to associate flight with wish-fulfillment, the mythical Icarus became my metaphor. The very antithesis of the the dry bones of Ezekiel 37 (which God said He would re-rorm, re-flesh and re-breathe) the thirteen "Offspring of Icarus" are in a constant state of ruinous self-redemption. 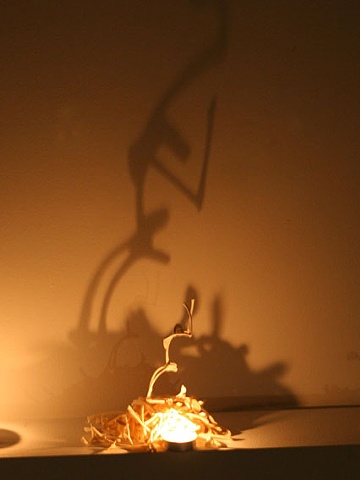 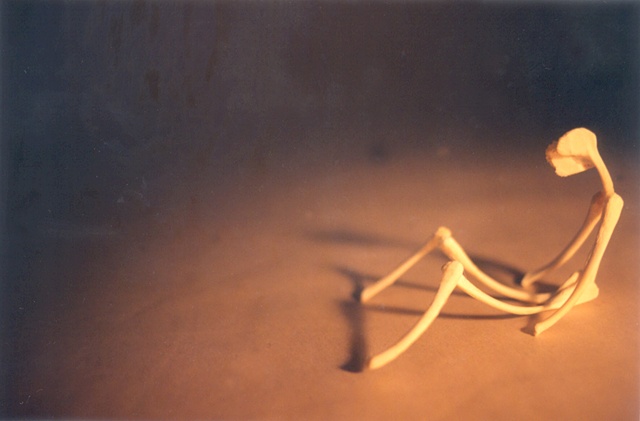 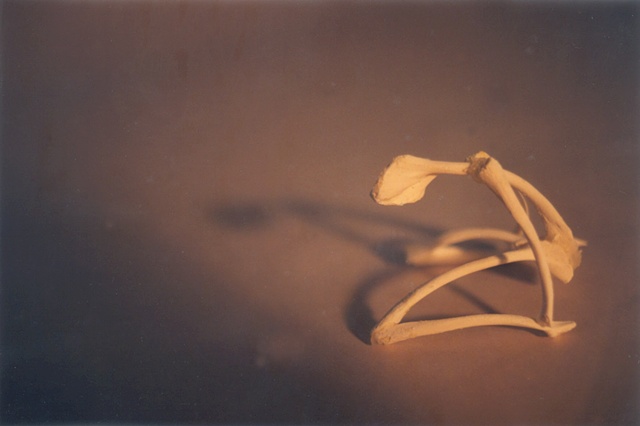 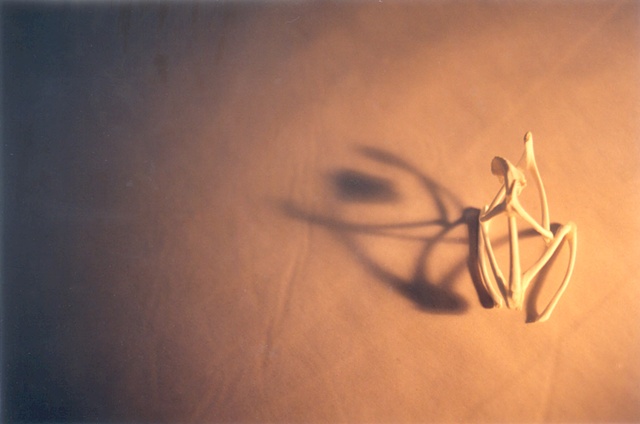 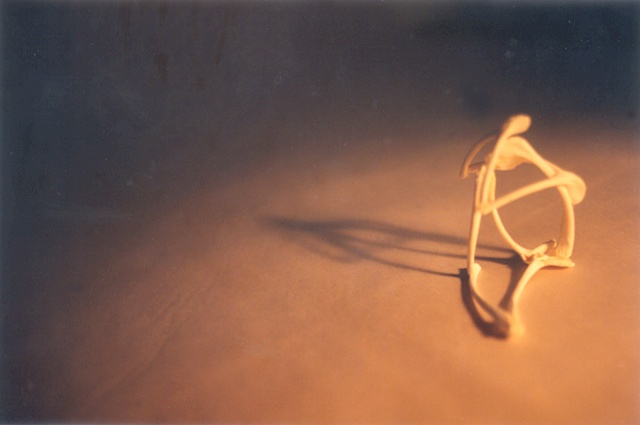 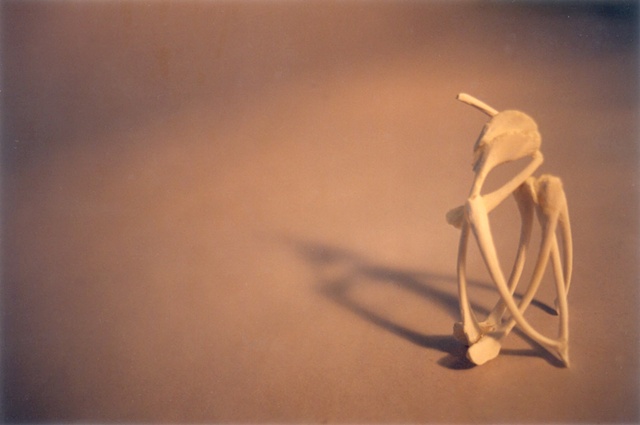 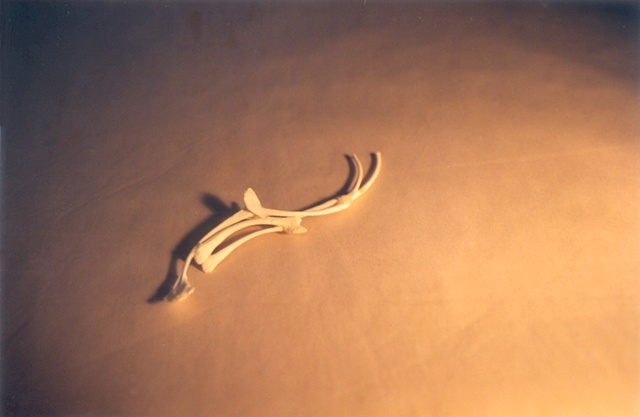 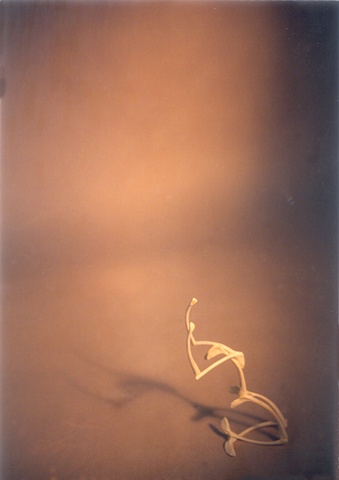